Of Udaipur’s many lakes, the Fateh Sagar takes pride of place. While lake Picchola has the exotic lake palaces, Fateh Sagar retains the beautiful backdrop of the Aravalli hills.

“Well, you’re on vacation, but if you are early risers, I recommend taking a walk along Fateh Sagar. The roads are closed for vehicles till 8 am for morning walkers,” our host Dhananjai at Khudala House advised us.

I remembered reading about the beauty of sunrise at Fateh Sagar on an online travel forum. And so, on a Sunday morning, we set our alarm for 5:30 am, unlocked the House’s front door and sneaked out.

A few minutes later, we crossed the barricades to enter a walker’s paradise—the lake on one side; a rock-cut wall providing shade from the heat of the sun, on the other. We joined hundreds of locals walking briskly along the cordoned section of the road.

We walked leisurely, admiring the still boats basking in the golden light of the rising sun, the soft rustling of the gentle waves, the cool atmosphere, the seemingly endless hills washed green by the monsoon rains and the clean environs.

It had poured heavily over the past two days—a kind of rain that would have brought Delhi NCR to its knees. And yet, the streets of Udaipur were devoid of waterlogging. Even Fateh Sagar’s water level remained constant.

When we first came to the city, our hearts were set on lake Picchola, having been enamoured by its ghat and the surrounding architecture. Making our way from the airport, our talkative cabbie Chetan had said, “You come to Udaipur, the main lake is Fateh Sagar. The boating is good here too, and reasonable. Picchola is okay… famous for the palace. But the real beauty is in Fateh Sagar. It is 20 kms if you want to go all around it.” At the time, we dismissed his words, but as the winding roads revealed the breadth of the lake and the distant hills, we understood what he meant.

Over an hour into our walk, there still was no sign of the sun. But what was that? The sound of water. A waterfall? Noone mentioned a waterfall in these parts.

We reached the end of the cordoned section, and there she was, not-so-quietly going about her job of making sure the water doesn’t spill out into the roads. I’m not sure what this structure is called—a sort of dam, I suppose, to control the level of water.

Nearby, a middle aged man with a mesh paddle was busy cleaning the lake—the ‘filth’ mostly comprised of leaves. Standing on the bridge, we soaked in the misty spray of the ‘waterfall’ and watched the calm water of Fateh Sagar spill out into the bushes on the other side.

And behind the bushes, we saw our sun—already up, waiting for us. We wondered if this was the viewpoint that we were supposed to have reached an hour earlier. If you happen to visit Fateh Sagar for the sunrise, perhaps you could shed some light on this matter. On the other hand, if, like us, you get caught up along the way admiring pretty much everything and miss the sun rising from behind the hills, here’s our takeaway:

The sunrise isn’t a view. It’s an experience.

In response to the Daily Post’s Weekly Photo Challenge: share with us the structure of something typically overlooked.

Fateh Sagar is beautiful….. every place has its own beauty….and a morning walk all around lake… what else do you want…..

There’s nothing left to want there!

Sunrise as an experience…completely agree with you.

Fateh Sagar is lovely… .. each place has its own particular magnificence…

[…] check-in and gave us very helpful tips on sightseeing in Udaipur, including the recommendation of a morning walk at Fateh Sagar, and advice of exploring the Old City on […]

The power of one. Pride, is when you participate in democracy. Happiness, is when even those, who have given up on Indian politics, step out to cast their votes. Delhi may have had 61% voter turnout, our family had a hundred percent. How did your family fare? #everyvotecounts #delhi #democracy #election #2020 #vote #indelibleink #india 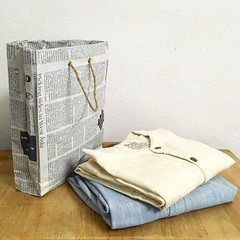