The city of Delhi is often referred to, as a burial ground – of emperors and nobles, princes and princesses, saints and warriors. After visiting a few tombs, one gets the feeling that all the tombs are alike. That might be true for most, but there are exceptions.

This past week, I tagged along with a group of heritage-hunters, and headed towards Chandini Chowk. A friendly local offered to guide us through the uneven paths, deep within the bazaar. We went down narrow and dark lanes, past crumbling havelis and butcher shops, and even hopped over a sleeping goat! We approached a sharp turn in the path, which revealed perhaps the smallest, and the saddest tomb in Delhi.

The only three women who were ever elected to the throne in the Mohammedan East, reigned in the thirteenth century.
– Lane-Poole

Raziya Sultan was the daughter of Iltutmish*, and the only woman to have ruled over Delhi. Her father had chosen Raziya as his successor to the throne. This was obviously not welcomed by her brother, as well as the majority of noblemen.

Iltutmish claimed that his daughter was better than many sons. And it did not take long for the citizens of the kingdom, to realise this. Raziya was appointed ruler by the common people.

Sultan Raziya was a great monarch. She was wise, just, and generous, a benefactor to her kingdom, a dispenser of justice, the protector of her subjects, and the leader of her armies. She was endowed with all the qualities befitting a king, but she was not born a man, and for that reason, in the estimation of men, all these virtues were worthless.
– Minhajas-Siraj

Raziya Sultan’s tenure as a ruler was a short one. A female monarch, appointed by common people did not go down well with the establishment. The fact that she showed her face in public, and was tolerant towards the Hindus, made her case weaker. She was assassinated after three years at the throne. 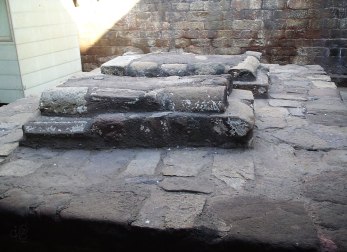 There is a conflict, regarding the actual site where she was buried. Claims include Chandini Chowk in Old Delhi, Siwan in Haryana, and Tonk in Rajasthan. The site at Chandini Chowk, was a jungle during the reign of Raziya Sultan, and there is no engraving to identify the souls resting there. A part of the mausoleum has been converted to a mosque.

Raziya was a person born well ahead of her time. Unfortunately, her story is overshadowed by others who came after her. A hero for all ages, may her soul rest in peace.

The third ruler in the Slave Dynasty. The first was Qutb-ud-din Aibak, and the second, Aram Shah. The Slave (Mamluk) Dynasty was the first of five unrelated dynasties to rule over Delhi, in what is referred to, as Delhi Sultanate.

Razia Sultan Was Far Better Than Her Brothers – Sunday Guardian
Chapter 5 – Raziya, The Mohammedan Empress of India, History of India – Volume 5 – The Mohammedan Period as Described by its Own Historians – Edited by A. V. Williams Jackson (Selected from the works of late Sir Henry Miers Elliot)

The Daily Post asks readers to write about their heros. I have paid a tribute to Unniyarcha before. Raziya Sultan is my answer to The Daily Post’s prompt.