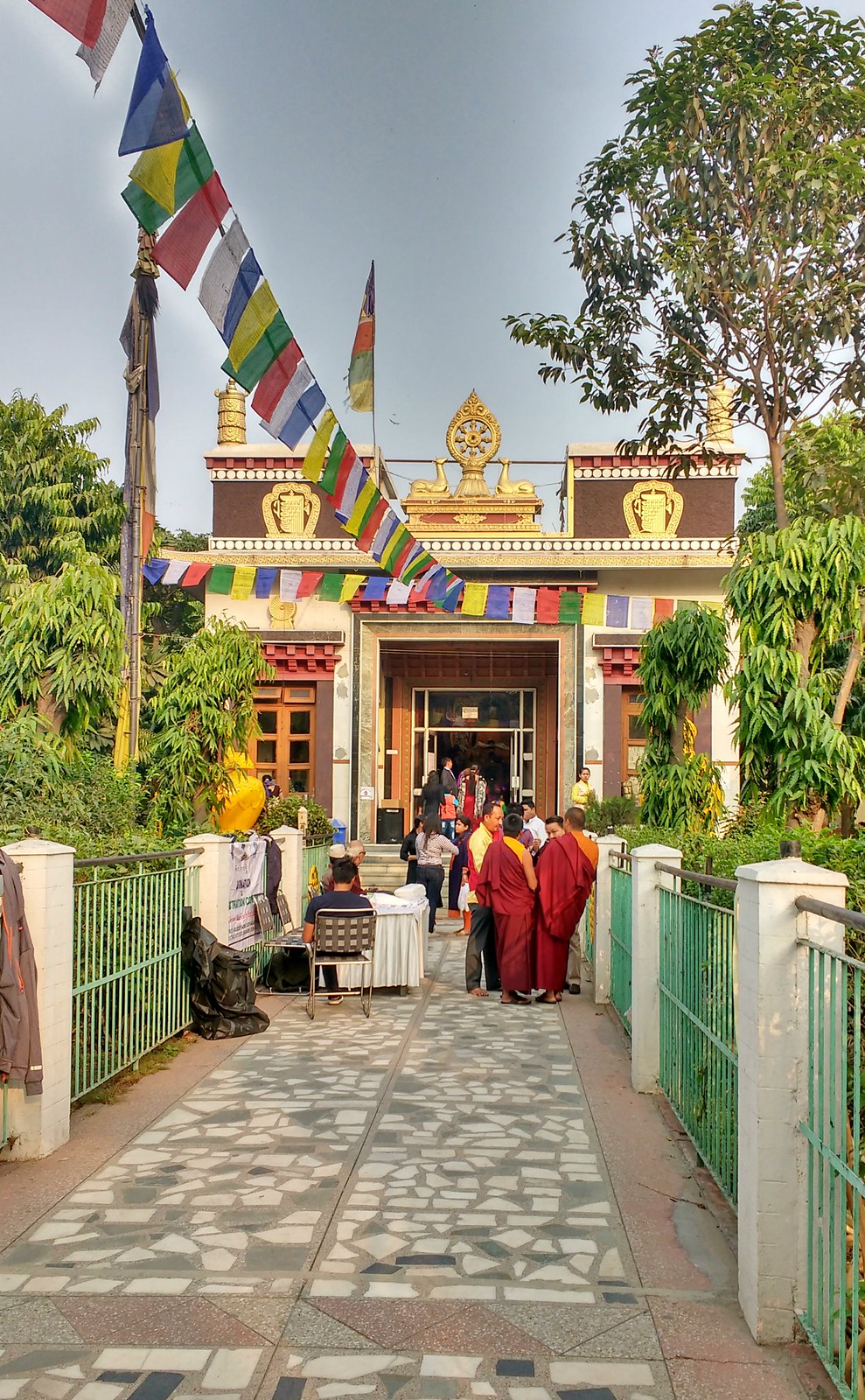 12 replies on “The Tibet in Delhi”

It is nice to come across people like you who consider such places as primarily a place of devotion & religion; not merely a tourist attraction.

Thank you 🙂 I was told by a priest a few years ago, that photography of the architecture was permitted in the temple, but not of the idols of the deities in the sanctum sanctorum. I don’t recall the exact reason why, but I felt convinced by his reason. Capturing a picture of a place of worship cannot capture blessings or spirituality.

I feel these rules are not common. One of temples here in Jaipur allows photography of idol but you can’t photograph anything else. Then there are temples which don’t allow anything to be photographed. Very difficult to decipher.

Definitely. Each region and each temple has its own rule. We spoke to the priest in the Chidambaram temple—I’ve seen all the Tamil temples explicitly prohibiting photography.

Right Kasturika. Let’s accept and respect their decision and logic

You just added yet another checklist item to my itenary.well written!

Thank you, Varun! Glad you liked it 🙂

I have been to this place several times though never wrote anything like this before. Felt quite light hearted and refreshed after going through your memoir-cum-travelogue. Even I was offered prasad one day…exactly can’t recall which day it was! The market is frequented by college goers and families. Then there are two restaurants as well in the vicinity which serve authentic Tibetan delicacies should you feel famished after hectic shopping. Overall quite pocket friendly and worth visiting place.

Absolutely, we went to buy wollens this past winter and it was an absolute bargain. Can’t wait to try out the Tibetan cuisine the next ’round. Happy to know you enjoyed reading this post 🙂

Wollens are value for money. i have some of their stuff purchased 5 years ago and they kept me warm even in 2017 winters. Although they have stopped bargaining on price which they used to do back then. besides winter wear u cn also try fr summer worn outfits which is quite trendy and fabric wise at par. I am planning to go tomorrow in afternoon n get some of them not to mention a tibetan lunch in the cards already.