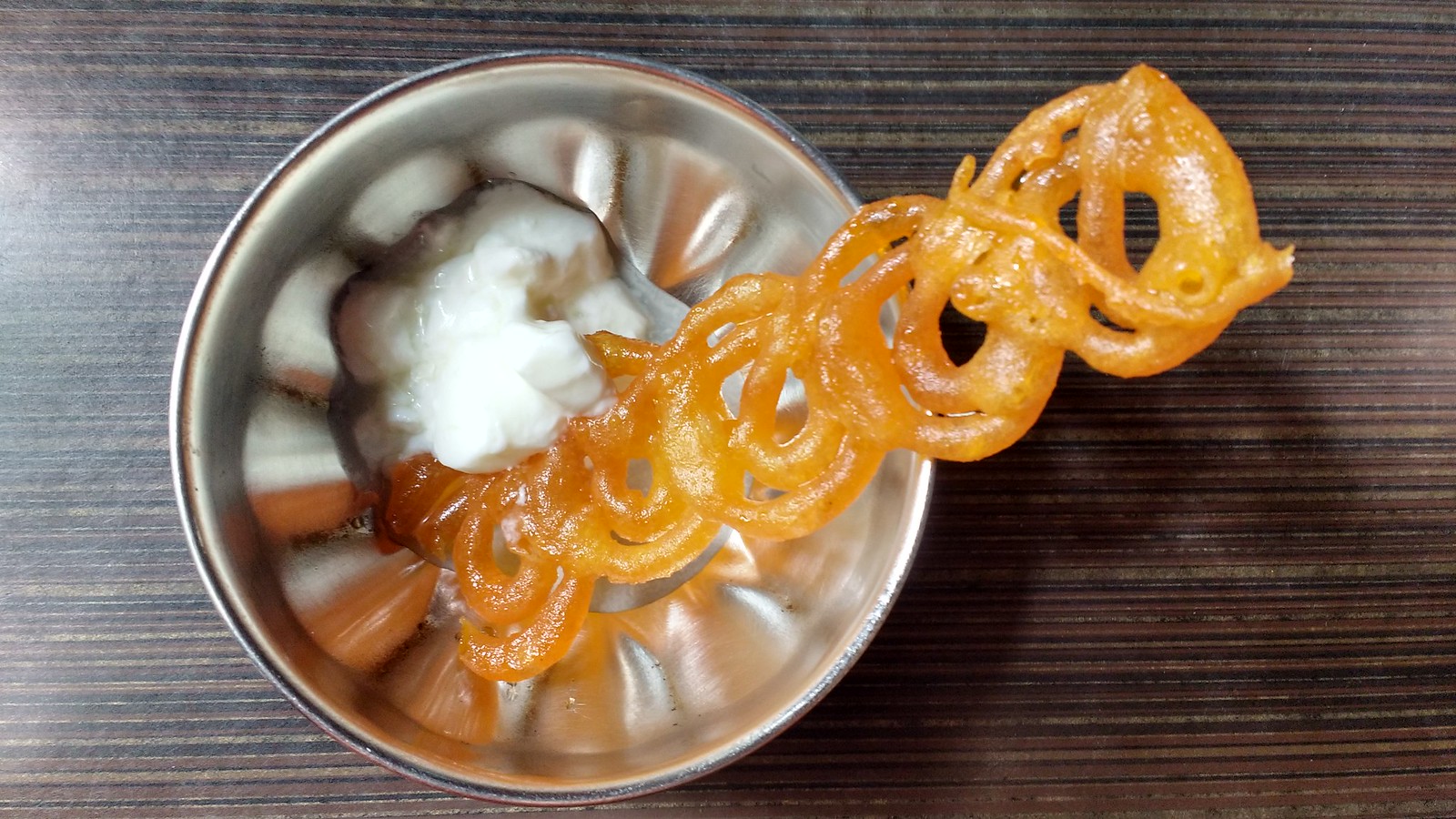 10 replies on “Sweet and sour”

I got so nostalgic after seeing that ad after ages!!

Every time I see or hear jalebi, this cute boy’s ‘jalebi’ is what comes to my mind!

Mmm, sounds a bit like chocolate covered raspberry jelly candy that I love.

Jalebis are made from refined flour, deep fried and dunked in sugar syrup. If it’s for the calorific profile, probably they’re similar, but I’m sure yours has more nutrition in it!

You really had to this??? My stomach is growling and mouth salivating. All i want now is a plate full of hot jalebis. Personally i haven’t tried this combo, but will give it a try next time.
The food which i find difficult to understand – Upma with Banana (my mallu friends are going to kick me if they read this)

Hahaha! Of course jalebis are yum! They’re all yours 🙂
I have my upma with sugar. Now how does that song go…. A spoonful of sugar makes the upma go down. No, I’m kidding. Upma is great as is too – especially semolina. But gets better with sugar. So I suppose bananas are a healthier alternative. Doesn’t sound as good as sugar, but I’ll consider it the next time!

Jalebi!!!
I am sure you will soon get addicted to dahi jalebi too , just like some of my other favorite sweet dishes :p

But until then I can enjoy alone hehehahaha 😀

🙂 it is! Funny and cute 🙂 glad to make you smile. Thank you, Mariga, for stopping by.