My brother and I attended an event, and it was a great experience. Writing about it, has, however, been rather challenging. This post is an attempt to write about the pleasant time we had, but I found myself hitting the backspace key more often that I would have liked. I hope this post conveys the message I intend it too!

A little over a year back, we attended a rugby 7’s match. It was during the Commonwealth Games. As far as I can remember, we had to buy tickets, wait in long queues, undergo heavy security checking, had to ‘deposit’ any coins we had, and were not allowed to carry video cameras. The ground was lush green, there were two giant screens, and there was excitement in the air. We managed to get good seats and saw international athletes play at close range. We had a wonderful experience.

Fast forward to this afternoon. We went for a rugby match.

The Venue : A Local Ground

Entry was free, there were no security checks, we could sit wherever we wanted, and after the match we could even enter the field.

About two years back, the ground was barren, slums lined its perimeter, and there were at least two large wild pigs. But today, the grass was green and the slums were out of sight (I’m sure there are still a few left, though I couldn’t see them). The ground had nets, goal posts and chalk markings. There was even a temporary stand for the audience. The local ground was no longer just a piece of land, it was a full fledged sports complex. The transformation wasn’t overnite. And it was a pleasant surprise.

Yes, that’s correct. It was a national event, with teams from all over the country participating! There were no journalists covering the event, no glamourous stars. There was one official photographer, who happened to be a player for the host team’s full rugby squad.

The experience of today’s match was quite different to the international match we witnessed last year. But the modest surrroundings and the low-profile nature of the event did not take anything away from the competition. The quality of the games was very high. The ambience was definitely not as noisy as a high profile international event, but there was good humour all around, and a small section of the crowd cheered the local team.

The presence of international players added some colour to the tournament (no pun intended), and the ‘local’ hero, Pierre stole the event as he danced with some of the kids at the end of the match.

As for me, I had the opportunity of standing in the middle of the ground after the match, as the players were moving off the field, towards their coach. It was the kind of view only a person wielding a camera, can have the privilege of experiencing in a professional match.

And it was the pleasure that I could experience today, standing next to my brother. Now where else can one get that!

Rugby is a minor sport in India. For a long time, it was only associated with a Hindi Cinema Actor (who was formerly the captain of the National Team). India currently ranks 75, out of 95 teams in the IRB World rankings.

The state of the sport in the country is best left for professionals to explain. From an ordinary person’s view though, I hope the tide is turning.

While I don’t have much knowledge about rugby, it seems that the sport is beginning to receive some attention. Although there wasn’t any media coverage, the event was sponsored by Harley-davidson motorcycles, United Colors of Benetton, Fox Traveller, and Kingfisher.

The tournament here made me curious enough to find out a little about rugby in India, and it felt good to know that sponsors are beginning to step forward, and the game is developing at the grass-roots level. 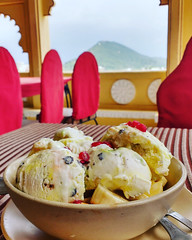